What to Consider When Adding a Second Story to a Home 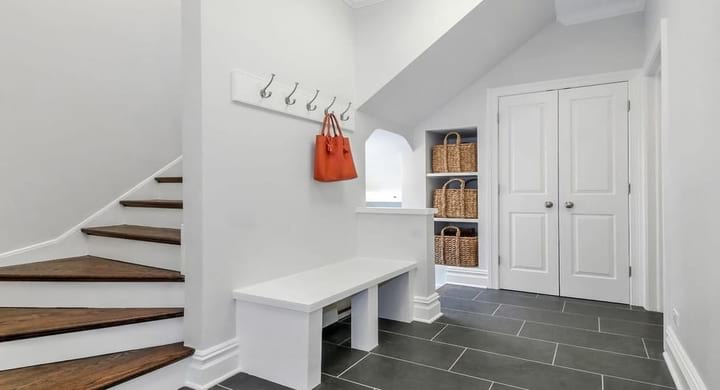 Drastically changing the form and function of your home by adding a second story might seem like a massive undertaking, but sometimes, it makes perfect sense to take this approach. It’s definitely a challenge and often bigger than many estimate, yet when you consider that it nearly doubles the living space, the project suddenly becomes completely reasonable.

You’re probably adding a second story to your home because you love your location; otherwise you probably would have moved to a larger home somewhere else. If you really love your location, it’s likely that many others do as well. Cities on the West Coast, like Seattle and Portland, definitely fall into that category.

Unfortunately, it cost more to live in popular cities, and paying for that new level is going to cost more than it would in cities that see more people moving out than moving in. The national average, according to Home Advisor, is around $42,000 per room. However, this doesn’t factor in the added costs associated with building up rather than out. By some estimation, it can cost upwards of $400,000 in more competitive housing markets to take on a three bedroom, two-bathroom second level project.

Considering the costs of a second story, you have to balance that with how much space you hope to gain. Unfortunately, if you think you’re going to save a boatload of money by downsizing the scope of your project, you’re really not. New stairs, roofing, heating and cooling – all the elements that go into a small second story also go into a larger second story.

Building a second story is also a time consuming project. You’ll need to hire an architect and all the necessary contractors to do the job, and this can take up to six months before they actually begin construction. The time it takes to complete the job is dependent on a number of variables, but a three bedroom and two bathroom unit can take up to five months to finish from the time construction has begun.

The “con” most often mentioned with adding a second level is cost. While the DIYer can save big bucks by doing projects on their own, this isn’t one of them, nor should it be. This is work that only trained professionals should undertake.

On the pro side, you are gaining a completely new living area that opens up many possibilities for the rest of the home. You get to stay in the neighborhood and home that you love. And to take a little sting out of the cost of the project, you have to consider that your home is will be worth much more than it was before the addition was added.

When you partner with New Concept 180, you’re taking on a design and build team, which means you don’t have to do all the research for an architect, electrician, plumber, carpenter, etc., because we have everyone we need working together. This drastically reduces the timeline of the project.

Contact us today and find out how we can take some of the sting out of what seems like a massive undertaking.

Exploring the Benefits of Building a Guest House

Top 10 Reasons to Build a Home Addition Instead of Moving: Building Up Vs. Building Out

Top 10 Most Important Things your Home Should Have

Creating the Master Suite of Your Dreams

What Motivates People to Remodel Their Home?

The Best Time to Remodel Your Home – According to Industry Pros 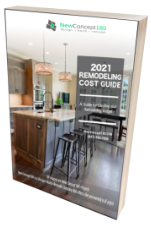 Your budget dictates the scope of your remodel and what it can be accomplished for your home. With that in mind, we have put together a Home Remodeling Cost Guide for you to download for free. This guide covers costs from midrange to upscale remodels. With this guide you are able to get a more accurate picture of what you might need to budget for your next project.

New Concept 180 is committed to being the very best. The associations that we belong to promote ethical standards and excellence in the remodeling industry. We strongly support continuing education and industry specific certifications.